I have a great reverence for deep bodies of water.  Not long ago, we took a Saturday excursion by boat to remote and deserted Watts Island, a mile-long sliver of land nestled in the Tangier Sound of Virginia.  The monotonous hum of the outboard motor mixed with the taste of salt water from the spray of the wake propelled me back to my childhood where I spent summers navigating and exploring the Sound.

With every fond childhood memory of splashing in tidal pools on Watts Island and beach combing its shores, they are matched with several harrowing memories of perilous return trips back to the mainland, with the outboard at full-throttle and with waves breaking over the bow, we careened through the choppy Sound trying to outrace a storm.

Over the years, I developed a respect for the unpredictability of the weather.  As an adult, I carry that healthy fear of the weather and water every time I venture off the land.  During my recent peaceful weekend excursion, an osprey captivated my attention as it lunged for its lunch, but I still kept a watchful over the horizon for any sign of inclement weather.

I know all too well that a waterman can leave the quiet harbor at dawn as the early morning sun glistens on the surface of the water like glass.  Snaking his way through the Sound, the Waterman starts his workday hauling crab pots one by one onto his vessel.

Within a short time, the Waterman detects a change in the hues of the horizon.   Suddenly, his waterman instinct grips him, and he watches the ominous sky as a storm eerily rolls in ready to destroy everything in its path.

The villagers on the unique island of Tangier, the island where time holds still and where Elizabethan speech may yet be heard,” recently buried a fellow waterman, a distant relative of mine, who drowned in the stormy waters of the Chesapeake Bay.  His 40-foot crabbing boat capsized.  The waves crashed against the Henrietta C and ripped open the starboard side leaving it exposed to the ravenous waves.  The tempest hurled a father and son, the watermen duo, into the raging, white-capped water.

Prepare for the Storm Before it Happens

Reliance on the water for their livelihood places the Islanders of Tangier at the mercy of the weather.  The Islanders pray for all that they cannot control like the weather, abundant catches, fair market prices, and the unexpected storm.

Life can present a storm when we least expect it, so always brace yourself when it hits.  The tempests that you encounter through life will attempt to assault you and beat you faithless. Vicious waves will pound you with a devastating force, making every attempt to blow you off course.

Focus on getting through the life-storm and to the other side where respite awaits. Christ, the constant beacon of hope remains on the other side of the storm waiting for us to “cast our cares upon Him” (Psalm 55:22).

Equip yourself for the storms of life through prayer, through the study of suffering and trials within a biblical context, and through the building of relationships within a church community.

I often try to white-knuckle my way through trials in much the same way that I raced storms back to the mainland.  Over the years, though, I’ve come to realize that while I am navigating the dark, forbidding wilderness of a trial, I need to keep my spiritual compass focused north, fixed on Jesus.

Storms Draw Us Closer To the One Who Controls the Storms

In your darkest moments when your greatest fears loom large, and you may even feel that God is asleep; he is present.  Don’t mistake his silence for absence.

The Tangier watermen duo labored on the sea their entire lives much like the disciples that were career fishermen. Men who devote their lives to working on the water know what to do during a storm. Yet, the fury of the winds and the sea-drenched boat rattled the confidence and the faith of the twelve disciple-fishermen.

Even when the life-storm tries to assail your hope and joy, Jesus triumphs over the fiercest of gales.  Trials are no respecter of education, affluence, or status; you endure them because you agreed to take up your cross and follow Him.

Storms Control Our Tendency Toward Self-Reliance

In the midst of a personal storm, it is easy to feel like you are in the middle of a vast body of water, alone.  My benchmark for the ultimate terrible boat ride is the one described in the Gospel of Mark. Because of the intensity of the storm, the disciples realized they could not regain control of their fishing boat.  So, they looked to the One who possessed the power to control the storm. The panic-stricken disciples called for help. We would do well to follow their example.

Due to their isolation from the rest of the world, the close-knit Tangier village whose livelihood is both inextricably connected to the Bay and to one another, weather storms and tragedies together.  Even though the Islanders found this recent tragedy a gut-wrenching experience, they understood that through this trial God would be with them.

Suffering and trials should not be minimized.  It doesn’t mean that the agony of loss and emotional suffering for the Islanders lessened. Because of their faith and their sense of community, they reminded one another that there is joy set before them.

J.I Packer exhorts “that following God’s guidance regularly leads to upsets and distresses which one would otherwise have escaped.” Packer reminds us, “sooner or later, God’s guidance which brings us out of darkness into the light will also bring us out of light into darkness. It is part of the way of the cross.” He calls us to do hard work for the higher good.

You don’t become a sanctified saint in one turbulent boat ride; for some like me, it takes a Jonah-like storm to push me to my knees and surrender to God’s will not mine.

God-sent Storms are For Our Good

Perhaps, the storm in your life is a God-sent rescue plan.  A rescue plan sent from a Father whose love is unwavering.  You need to view God-sent storms as interventions and not punishment.  For me, there have been life-storms like my late term miscarriage that pushed me so far below the surface and filled my lungs with such deep sadness that I thought I would never breathe joy again.

When the storm calmed, and I eventually resurfaced; I realized that I had endured the trial. I gained wisdom, maturity, and courage, attributes that I would never have acquired left to my own devices.

Some difficult circumstances you’re facing right now may well be a God-sent storm of mercy.  The storm may serve as the means to get you to grab on for dear life to a spiritual lifeline.  Instead of drifting and bobbing up and down for months, perhaps years, tether yourself to the only life-saving device you will ever need, Jesus.

One of my favorite paintings is Rembrandt’s, The Storm on the Sea of Galilee.  The Dutch artist captures the biblical scene on his canvas with startling reality.  Rembrandt’s brush strokes bring clarity to human frailty as we realize we’ve lost control in the midst of a storm.

The disciples’ seamanship failed as the churning waves threatened to capsize their boat.  Only when death seemed imminent did the disciples cry out to Jesus, who remained calm, like the eye of the storm.  Trials remind us of our need for God.

If you are being tossed about by the murderous waves of a trial, know that the trial will come to an end, and you will not be a shipwrecked castaway.  Instead, you will have gained steadfastness and maturity.  There is hope beyond the trials.

What storms and trials have shaken your faith and how did you weather the storm? 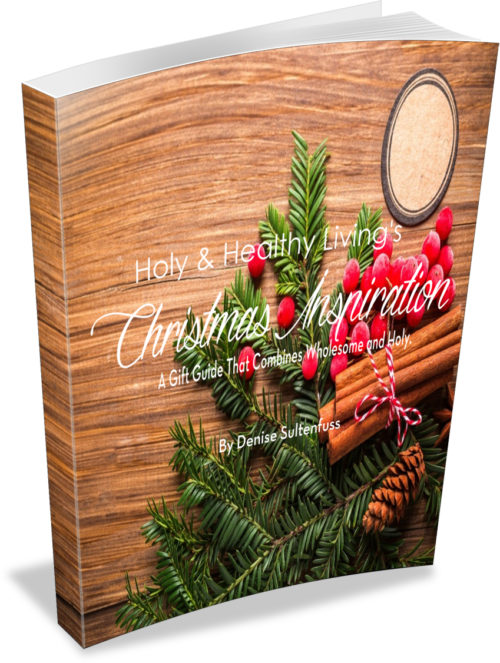 Holy and Healthy Living Christmas Inspiration Ebook
The Poet, the Giant, and My Kid 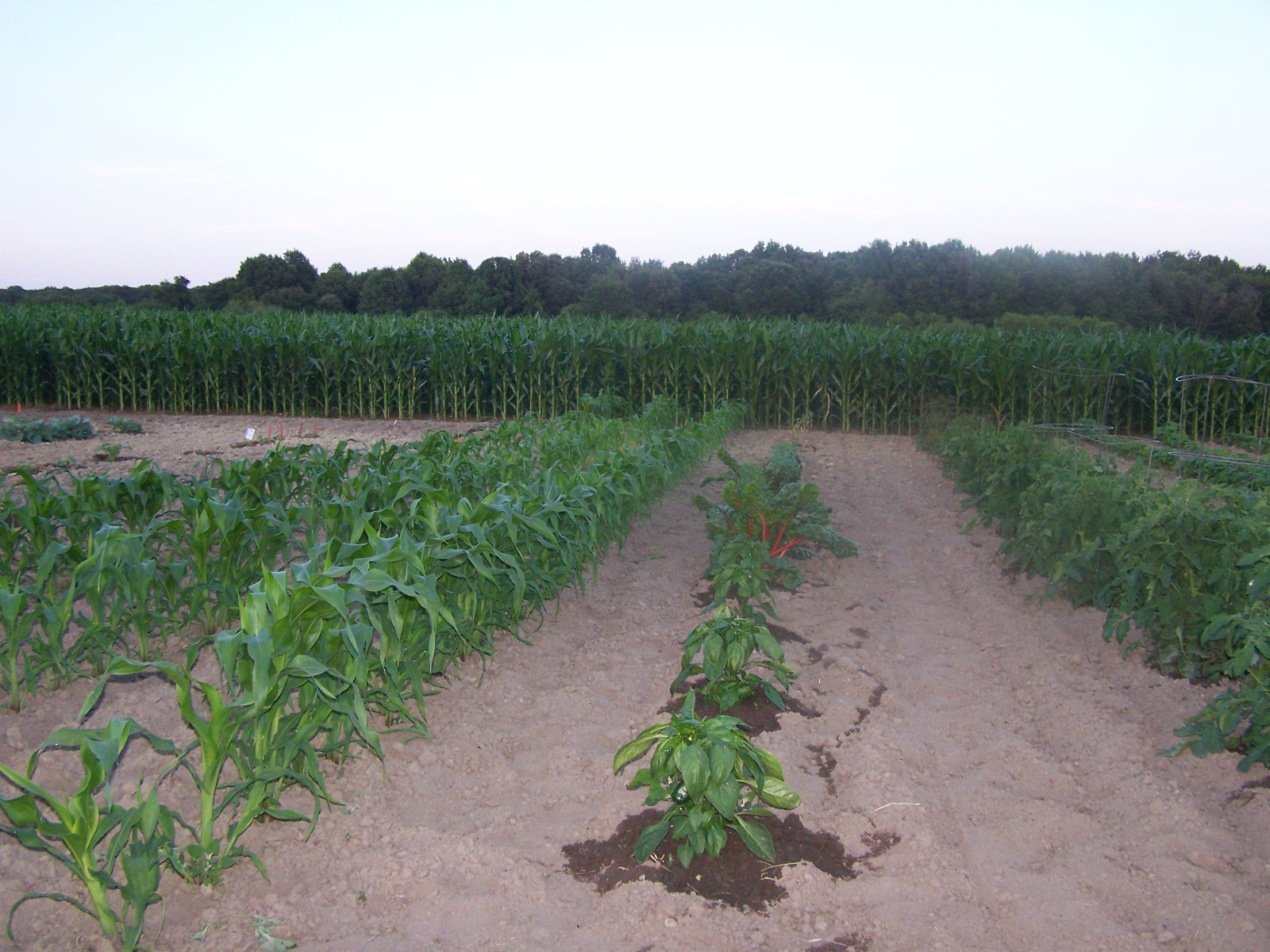 Fatherhood is For Sowing and Shepherding

Stay up to date & receive the latest posts in your inbox. 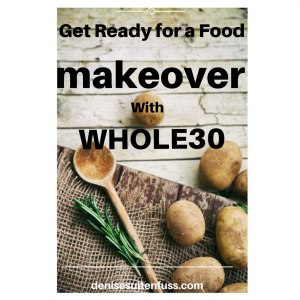 Whole30: How to Get Ready For Your Food Makeover 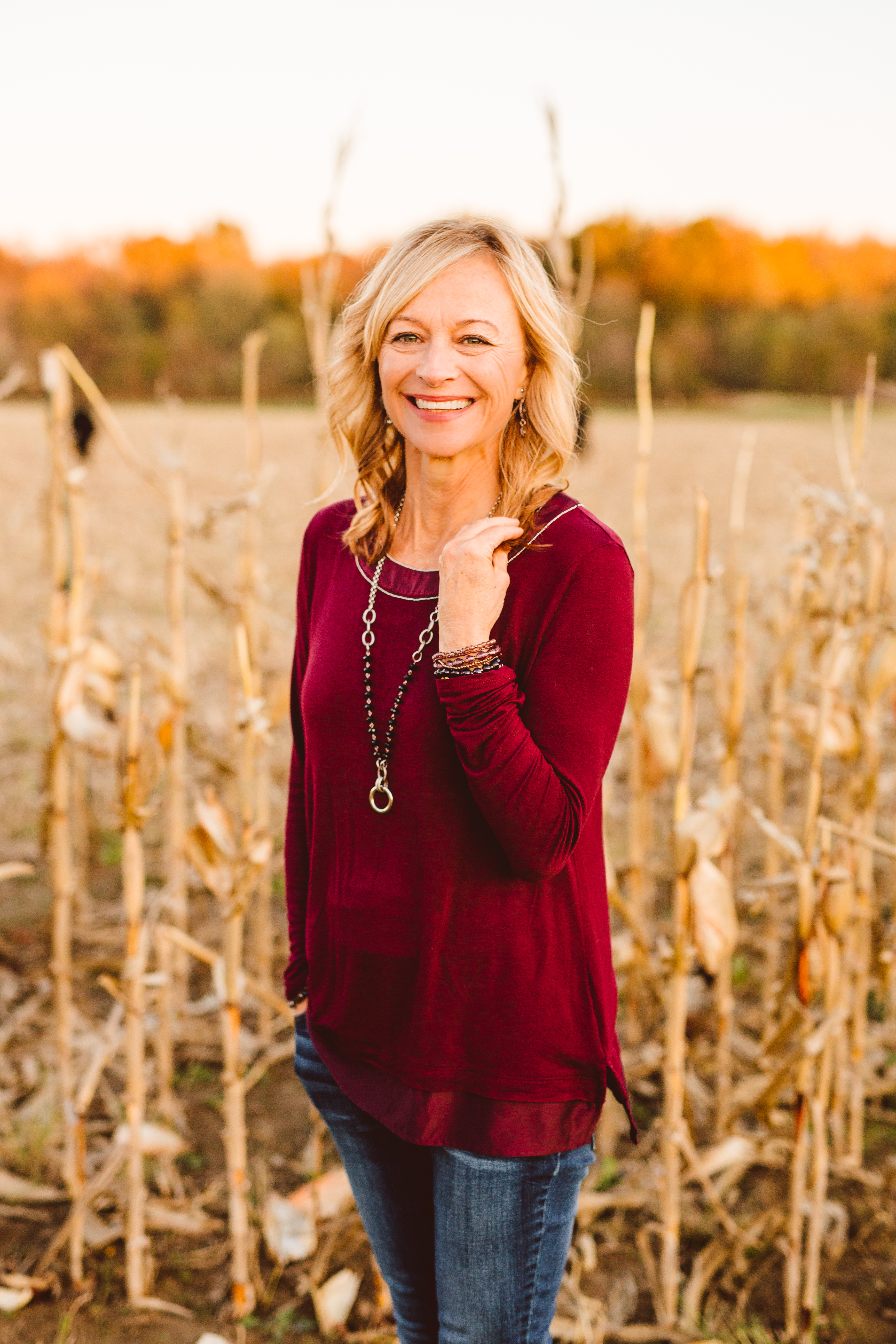 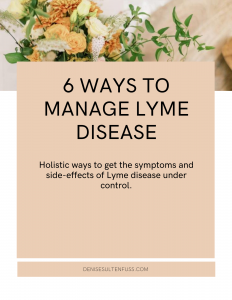 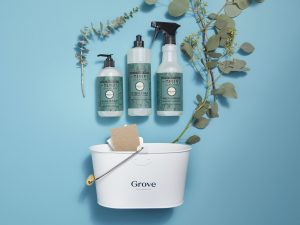 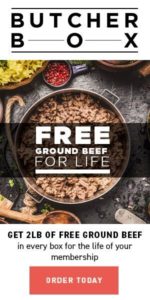 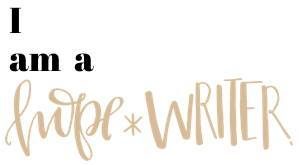 This is the essential key to managing any chronic

So Glad You Are Here! If you need to make changes in your health then you've come to the right place. As a certified holistic health and wellness coach, I can help you make sustainable, long-term changes so that you can enjoy a vibrant life. 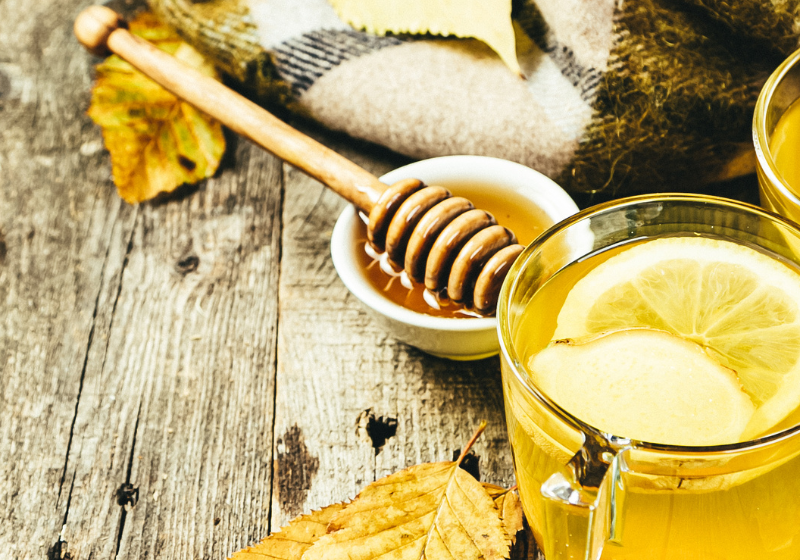 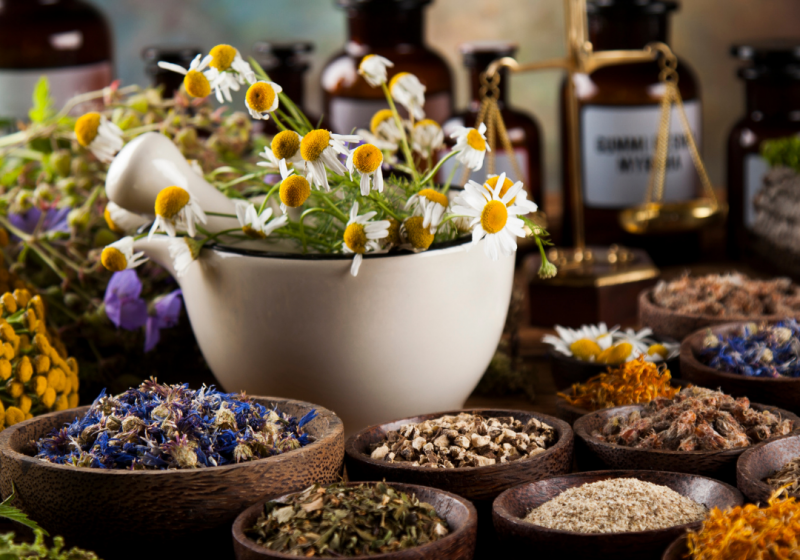 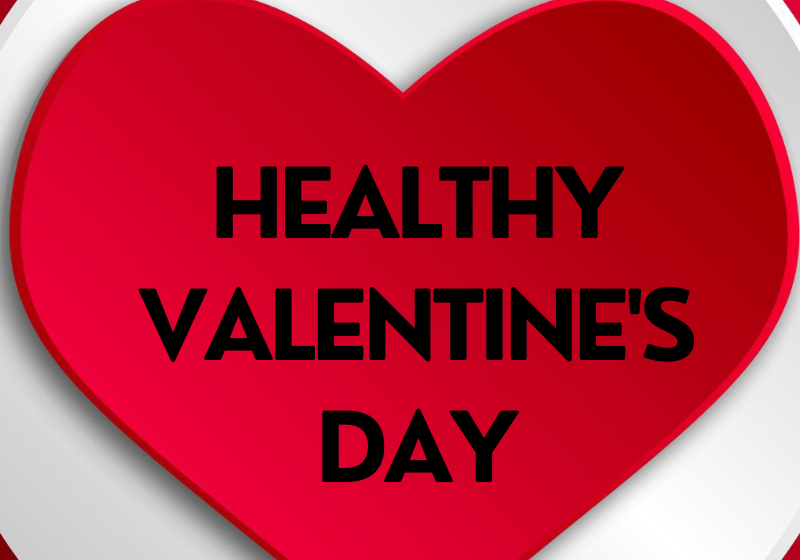 This is the essential key to managing any chronic